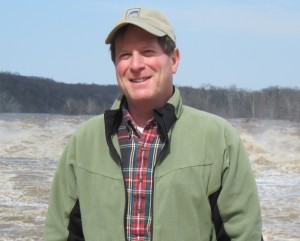 Steve Abraham, Director & President/CEO and founder of WILL, is a Washington DC native.  In 2003, Steve left the practice of law to bring his vision for WILL to District youth from underserved neighborhoods.  Steve’s passion for giving back and to working with youth is evidenced by his volunteer activities with programs at high schools and tutoring and coaching throughout his career.  Among his many community involvements, Steve currently serves on the Boards of The Aaron Straus & Lillie Straus Foundation, The Camp Airy and Camp Louise Foundation, and the Landon School Alumni Association, and previously served on the Boards of the Washington and Lee University Alumni Association, the Multi-Cultural Intern Program and the Decade Society.  Steve is honored to be a member of the Leadership Greater Washington Class of 2012. On June 6, 2008, Steve was presented the Amigo of the Year Award by Principal Maria Tukeva at the Bell Multicultural High School’s 23rd Annual Scholarship Benefit Gala, and October 23, 2014, Steve was humbled to be chosen as one of five Washington, DC Scottish Rite Community Service Award Recipients. (2003 to present)

Brian Pellegrini, Director & Chair of the Board, is Chief Executive Officer of Associates in Medical Physics (AMP). AMP is a leading provider in medical radiation applications – including technical expertise for consultation, development, staffing and management for clinics and hospitals that provide radiation services. Previously, Brian was the Chief Operating Officer at Optum Advisory Services where he oversaw the firm’s healthcare consulting work. Prior to this work, he helped launch and build the supply chain consulting business for the Advisory Board. A veteran operations improvement and supply chain executive, Brian has a strong track record of managing change and delivering significant year-over-year results for his clients and has extensive experience serving hospitals and health systems across the U.S. Brian graduated from the Massachusetts Institute of Technology with a BS in Mechanical Engineering in 1997. Brian is an active outdoor enthusiast who loves rock climbing, cycling, and triathlons. He sees the importance of expanding environmental and cultural awareness in today’s world and has seen the impact that WILL has on the youth it serves. (2017 to present)

Chris Nenno, Director & Vice-Chair of the Board, is a Senior Counsel (Corporate Governance and Securities) at Wells Fargo & Company in Denver, CO. Prior to Wells Fargo, Chris was a Senior Associate in the Corporate Group of Hogan Lovells US LLP in Denver and an Associate in the Financial Services Group of Sullivan & Cromwell LLP in New York and Washington, DC. Chris is a graduate of Princeton University and Cornell Law School. Having served as a volunteer for WILL since 2015, Chris has seen first-hand the positive impact that WILL makes in the lives of youth in Washington, DC. (2017 to present)

Greg Ossi, Director & Treasurer, is a partner at Drinker Biddle & Reath, LLP in Washington, DC. Greg’s practice focuses on solving human resource problems with a particular emphasis on employee benefits and traditional labor law. Prior to becoming an attorney, he worked as a CPA for Ernst & Young. Greg has been pro bono counsel for several metro DC area non-profits that seek to empower youth to find academic success and to give them the confidence and skills to succeed in life. Greg looks forward to serving on the WILL Board to continue supporting DC youth and WILL’s positive impact in their lives. (2019 to present)

Melissa Maxfield, Director, serves as Senior Strategic Advisor Corporate and Government Affairs for Comcast Corporation, responsible for all legislative and political activities for the company in Washington, DC. In 2009, The Hill newspaper named Ms. Maxfield as one of the “Top Corporate Lobbyists in Washington D.C.” Prior to joining Comcast in 2003, Melissa worked for Senator Tom Daschle, serving as his top political staffer in her position as Director for DASHPAC (1999-2003). From 1996 to 1998, she worked on Senator Daschle’s re-election campaign and served as his political liaison at the Democratic Senatorial Campaign Committee (DSCC). Prior to that (1991-1996), Melissa worked for Senator Bob Kerrey of Nebraska. (2010 to present)

Luke Sobota, Director, is a founding partner of Three Crowns, a global law firm dedicated to international arbitration. He represents private and sovereign clients in some of their most important commercial, investor-state, and inter-state arbitrations. Luke is also active in cause-based work aimed at defending and supporting basic human rights. Given the transformative effect WILL has had and has on the lives of so many underserved DC youth, Luke is honored to support and promote WILL in its important and inspiring work. (2019 to present)

Victoria Wickline, Director, is Vice-President of Partnerships at HealthLoop working with healthcare providers to increase patient engagement and automate follow-up care. Prior to HealthLoop, Victoria worked at the Advisory Board Company where she managed a program to lower hospital supply costs. Victoria has long been an outdoor enthusiast. She attended Wake Forest University where she managed the rock-climbing program and served as an outdoor recreation guide. As an active volunteer for WILL, Vicki has seen first-hand the positive impact that WILL has on at-risk DC Youth. She enjoys applying her business acumen and outdoor education experience to help further WILL’s mission. (2014 to present)

WILL thanks with heartfelt gratitude and appreciation the dedication and service of prior members of the WILL Board.